Supercharge your team and never miss another project deadline

Process your geospatial data in AirWorks’ AI-powered software. We are dedicated to providing your team with on-demand, accurate site plans throughout each stage of design and construction. 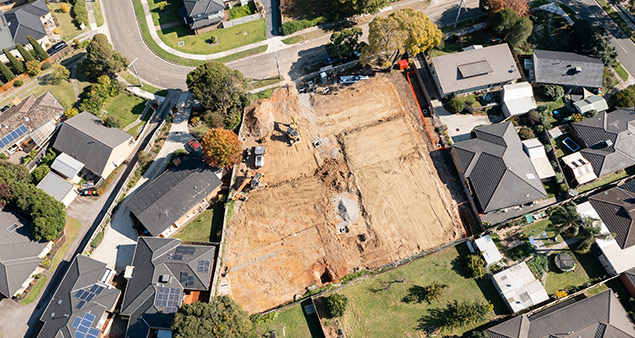 Land development is booming, yet the current labor shortage has left AEC firms scrambling to hire and struggling to meet deadlines. Fortunately, investing in technology can help fill the design gaps created by inconsistent staffing and keep projects running smoothly.

More firms are using UAV/UAS, manned aircraft, satellite, and LiDAR technology to get projects off to a streamlined start. But the time saved in the field can quickly be lost in the office as CAD techs take on the time-consuming task of manually creating linework and extracting intricate site features.

Keep your project managers happy and your staff working on tasks that create value for your company. AirWorks’ Automate™ is always on standby and ready to quickly turn your thousands of acres of aerial or mobile site data into digital CAD files or GIS shapefiles you can work with. Alleviate staffing stresses and boost efficiency by handing off the tedious-but-necessary linework to our autonomous feature extraction software.

AirWorks is dedicated to being the steadfast team member you can turn to for the quick-turnaround drafting deliverables you need at every phase of your land development project. 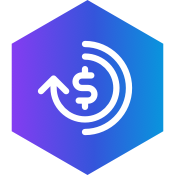 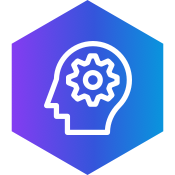 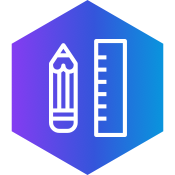 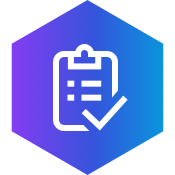 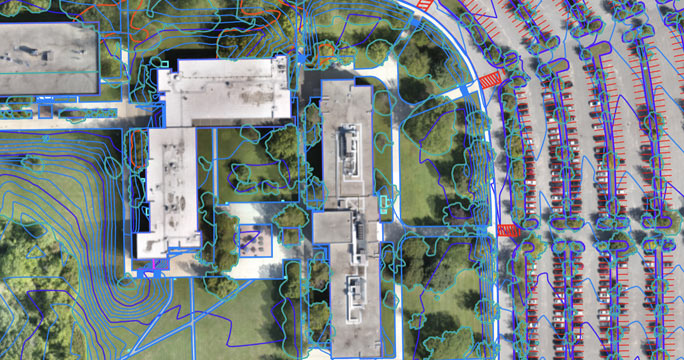 Having trouble turning out complicated ALTA surveys to meet demanding deadlines? Save time in the field and in the office by collecting high-resolution aerial imagery and using AirWorks’ AI feature extraction software to quickly identify detailed site features, including buildings, edges of roadways, curbs, pavement markings, sidewalks, vegetation, and more. AirWorks automates tedious linework, leaving your team with more time and energy to focus on the boundary survey and legal details and get your ALTA surveys out the door on time –maybe even ahead of schedule.

The Future of AEC is in 3D

Relying on manual survey methods for gathering and inputting topographic site data can take weeks as crews juggle travel times, weather delays, and office work for multiple projects. Get your topographic plans in hand sooner by leveraging photogrammetric or LiDAR point-clouds and sending the 3D data to AirWorks for processing. AirWorks Automate™ provides some of the most accurate point cloud segmentation and contour generation in the market, fast. 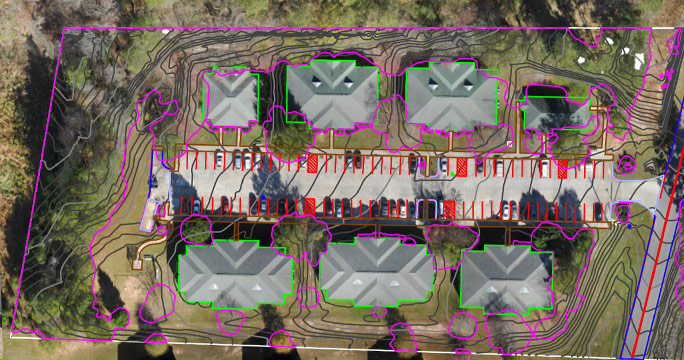 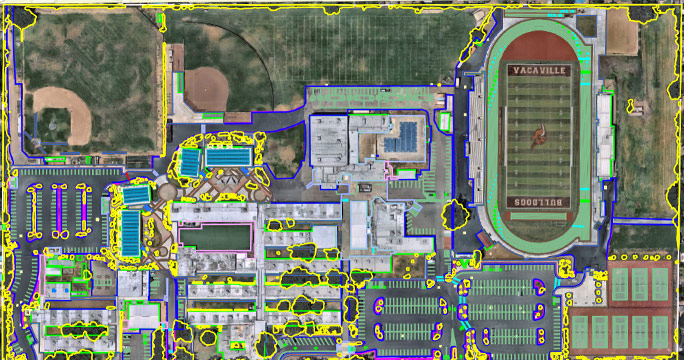 We currently offer a variety of manned aircraft imagery directly in the AirWorks platform through our growing data marketplace partners.

Understand and Document the Existing Site

When the time comes to kick off a land development project, the civil design –and really, the entire AEC process –hinges on one key task: accurately documenting the existing site. Delays or inaccuracies in the survey or existing site plan development can derail a project right from the start. Survey-grade aerial or mobile site data combined with AirWorks' AI feature extraction and linework is a fast and easy way to ensure your site planning, grading, and utility layouts get started on time and with an accurate baseline, keeping design and permitting on track. Generate 2D and 3D plans faster than anywhere else with AirWorks Automate™. 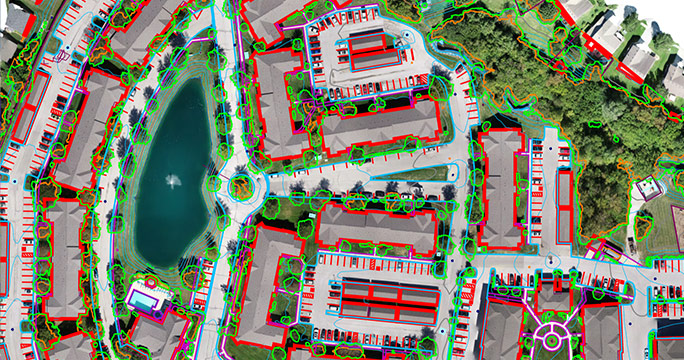 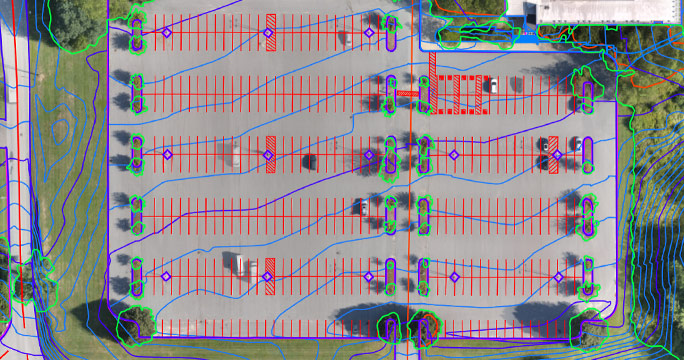 When pushing to wrap up a successful construction project, the last thing you want is to delay project closeout because you’re waiting on the final site plan. An accurate as-built plays a critical role in getting vendors paid,receiving occupancy permits, and finalizing ROI metrics.

Once construction is complete, simply collect an aerial or mobile dataset, send it to AirWorks, and receive an accurate, accessible digital record for permits that also integrates directly with asset management systems to track site conditions and evaluate future improvements.

AirWorks currently does work directly related to GIS databases and with certain government entities. Learn more about our GIS work.

AirWorks can be used for a wide range of survey types and deliverables. The same goes for project types and use cases.

If you are using drone, manned aircraft, satellite or LiDAR data for a survey or geospatial project and need to extract linework for construction purposes, AirWorks is the right fit.

We are on your team and up to speed from day one.

Minimal disruption to your workflow and very little training required to start processing data. Using AirWorks Automate™ is easier than onboarding and training a new employee –let us do the work for you! 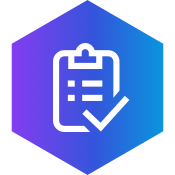 Upload your own CAD standards to AirWorks’ platform

We ensure that your deliverables are automatically created with your company’s standard linework and style, saving you hours in rework. 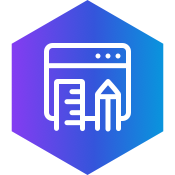 Open and edit files with your company’s choice of software 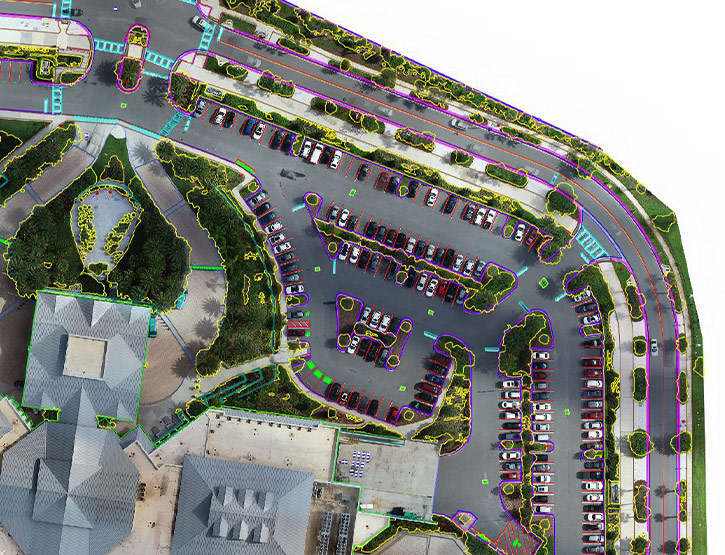 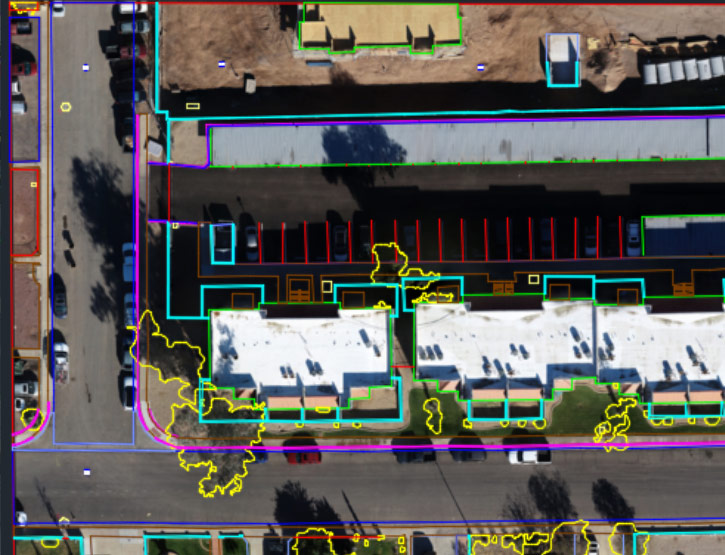 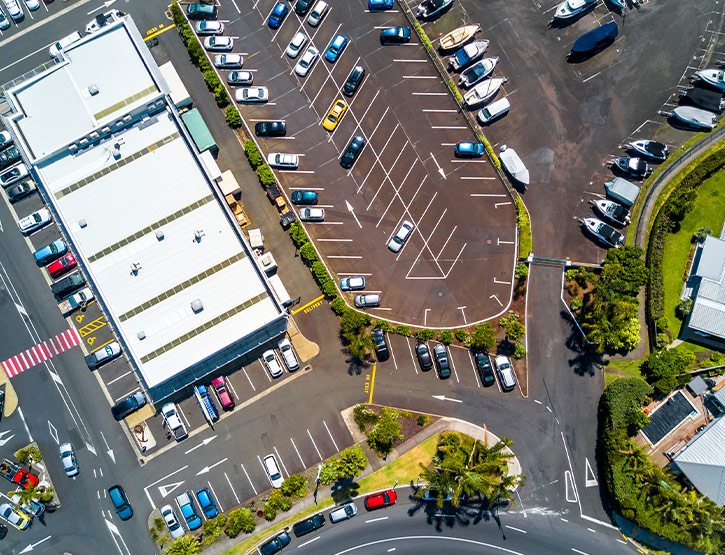 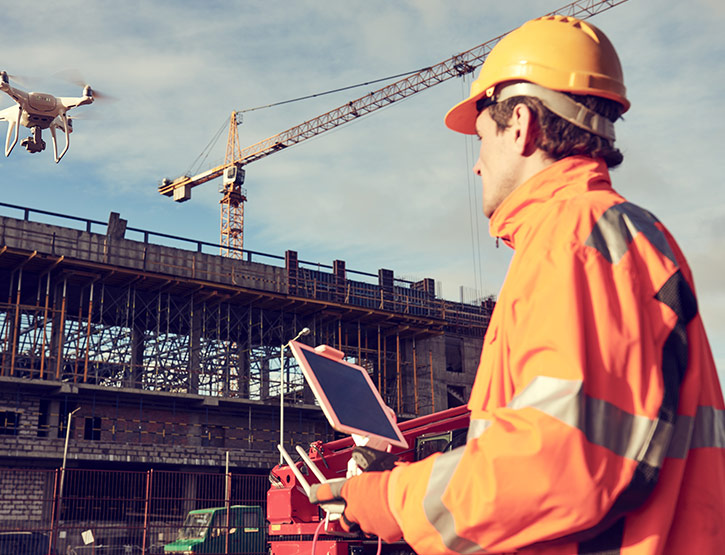 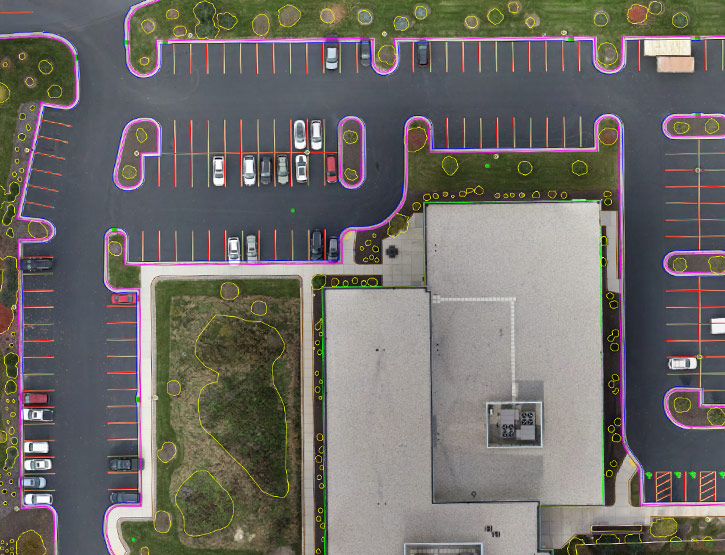 The Future of AEC is Here - What's Holding You Back From Scaling Up with AI?

When it comes to providing the most detailed, accurate, high-level property survey, there is none more valuable than an ALTA/NSPS Survey. It is the gold standard of land surveys. Learn how firms can increase efficiency on these deliverables with AI.

This two-man surveying firm in Arizona, DBE Surveying, was able to double their productivity and project output by utilizing cutting-edge technology to collect aerial data for ALTA surveys, and processing through AirWorks for fast turnaround times.

Accurate data is the foundation of any AEC project. That is true from the initial boundary and topographic survey to the civil engineer’s site design to the foundation pour once construction has commenced. Inaccurate data results in costly mistakes. Having a good data collection system is such a crucial part of the design process. Poor data causes delays at all stages of a project timeline.

Illinois-based survey firm SPACECO, Inc, was able to deliver a complicated, tedious parking lot site in a little over two weeks by using drones to collect aerial data and AirWorks for feature extraction.

We break down the most common AI myths and misconceptions that come up when considering investing in new technology like AirWorks.

Talk to someone from our team to get more information on AirWorks and how we can help your business succeed with AI. 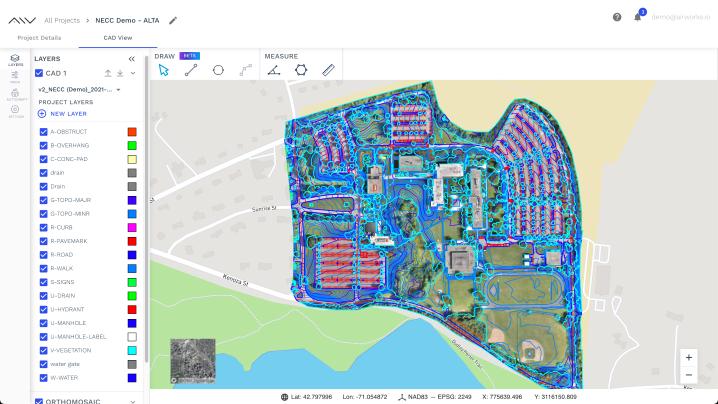 What types of aerial data does AirWorks work with?

We ask that clients upload georeferenced orthophotos (.tif), point cloud files (.las/.laz) and a processing area for project processing (.kml). For 2D only work, orthophotos will be sufficient.

Does AirWorks only work for drone images?

No! While we have found that the most common type of data we receive is from UAVs/UASs, we are also able to process aerial images collected with manned aircraft and even satellites in some cases. We also accept LiDAR data/point clouds in cases where 3D work is needed. The most important thing to remember is that the higher altitude the data was collected at, the lower resolution and detail the images will have. So, we can work with it, but might not be able to guarantee our usual level of accuracy.

What type of file will AirWorks give me once my project is complete?

We deliver projects in an open source, CAD-compatible format (.dxf). You can then use your CAD software of choice to view and make edits to your project. For 3D projects, we also deliver a classified point cloud (.las) along with the CAD drawing.

How fast is it really?

Every project is different, and we try to deliver as fast as possible, but given the variability in projects and time it takes for our team to review and ensure the quality is up to standard, we typically deliver projects in 4-5 business days. Here is a breakdown of how we calculate the estimated delivery date: https://awkb.scrollhelp.site/airworksknowledgebase/Estimated-Delivery-Date.2351923212.html.

What types of projects can I upload to your platform?

Any type of engineering/land surveying project where you have collected aerial imagery and need feature extraction works for us. We currently only do work above ground, which includes: ALTA surveys, land development, corridor/transportation/highway work, as-builts, and many more.

Does your tech really work? Are you outsourcing your drafting and telling us it’s AI?

It’s not magic, it really works! We have a patented model for point identification and categorization, a team of machine learning experts and civil engineers working on labeling and training even more data to further improve the results of our autonomous outputs. We have established human in the loop processes that are very common in all AI companies to ensure accuracy. Every client project is run through our software for processing, and then reviewed and cleaned up by our small team of CAD drafters in-house in Boston.